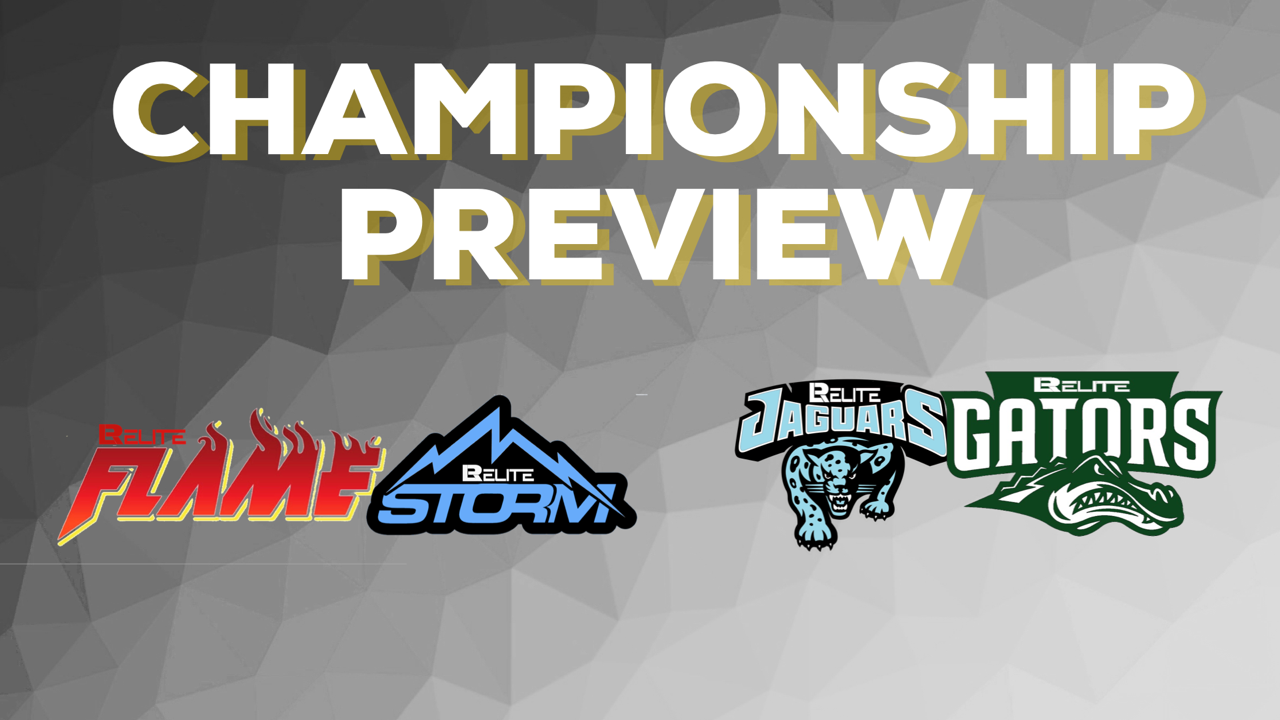 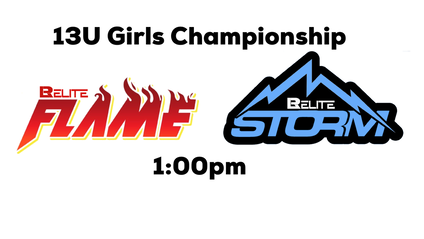 With only three teams in the girls league, these two teams have seen plenty of each other.  Despite beating the flame in the season opener, the Storm have dropped the past two games to the #1 seed.   With both teams showing they have what it takes to beat the other, todays game could go either way.
How the Flame can win:
The strength of the Flame has been their defense.  Their ability to play both man and zone has frustrated teams all season.  The keys to todays game is to limit the Storm's top scorers from open three-point shots, and filling in the lanes to prevent them from reaching the hoop.  The Flame will need their big forwards, Anna Sullivan and Savaughna Slocum to control boards.  Offensively, the Flame will look to their veteran leaders to step up.  2019 League MVP Megan Hughes needs to have a big game offensively.  Her ability to both drive and shoot from the perimeter make her an offensive threat every time she touches the ball.  Point guard Ella Ducette has been solid all year running the offense.   If the Storm can limit Hughes' scoring, it will be key for Ducette to not only be an offensive threat, but to help create opportunity for other Flame scorers, Katie Jones, Sage Slocum, and Morgan Trefrey.   The Flame need to use their size as an advantage on the offensive side.
How the Storm can win:
The Storm's success this year has been their speed, transition and three-point shooting.   Veterans Leah Davignon and Grace Kelly have worked well together offensively all season.   They both are a threat on the perimeter, and can both get to the basket with force and speed.  Guard Haley Corum has also proven to be an offensive threat this season.  She will be key in today's matchup in penetrating the Flame's zone defense.  In Game 1 of the season, Estelle Good stole the show, making 6 three-point shots in the contest.  Her involvement offensively will be key in today's matchup.  Forwards Skye Maltais and Madilyn Breton will have their hands full today, matching up against the flame's big forwards.  They will need to control the boards, and limit second chances for the Flame. 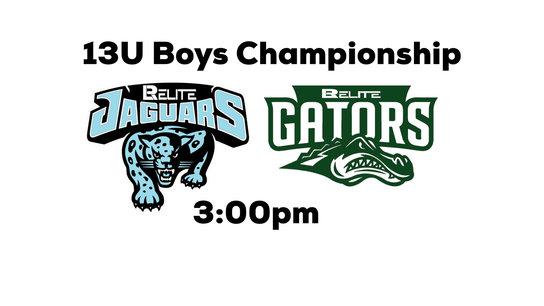 The Jaguars are looking to be the 2nd boys team to complete an undefeated season (2018 Mambas), and be the first team to win back-to-back championships.  In their way is a strong, talented Gators team, who is looking for their first LRE Championship.  This matchup has been a highlight all season, and despite the Jags taking both games during the regular season, the Gators have proven that they can play, and beat anyone.
Keys to a Jaguars Victory:
As they have done all season, the Jags will rely heavily on forward Keegan Martinez to not only control the boards, but to continue to be a scoring threat every time he touches the ball.  However, the Jags will need help from their scoring guards, veterans Brady Thurber and Chris Babonis. Both Brady and Chris have the ability to shoot from the perimeter and have the speed to take it the basket at any given time.  The Gators will have their hands full containing these two, while focusing on Martinez.
Evan Martinez is no stranger to big games.  He was big in last year's playoff run.  His contribution offensively, along with rookie sharp-shooter Owen Hawkins, and Leo Shepard, could be the difference in today's matchup.
Defensively, the Jags could have their hands full stopping the offensive talent of the Gators.  They will need to limit second chances, and create transition points on the perimeter.  The Gators are one of few teams who matchup to the Jag's size.  so it will be key for Martinez to control boards, while staying out of foul trouble.
Keys to the Gators Victory:
The Gators' success relies heavily on team basketball.  With multiple scoring threats, the Gators have improved their ball movement to create better scoring opportunities. They will need to continue to do this against the Jag's aggressive defense.  Point Guard Mark Uicker is always a scoring threat when he has the ball.  His ability to shoot from anywhere on the court could be challenging to contain.  He will need to keep his composure during this high-stakes game and take care of the ball.   Brothers Carter Gelo and Jackson Gelo have been offensive threats all season.  They both have the ability to shoot the long ball, and are tremendous passers.  The Gators will need this duo to contribute offensively, limit forced shots, and create opportunities for their teammates.  Guards Tagel Ort and Jared Caldwell are also scoring threats for the Gators.  But their ability to defend the Jag's fast and talented guards could be the difference maker in todays game.

Forwards  Harry Jenkins and Jack O'Neill will be a focus in today's matchup.  With O'Neill's size, it most likely he will matched up with the Jag's Martinez.  He will need to be physical on both sides of the court, creating opportunities offensively, while limiting the Jag's second chance shots.  Jenkins, who has had a all-star caliber season, will need to help O'Neill in the  paint, and continue to be an offensive threat for the Gators.
​

You Can Watch Both Championship Games Live on the LRE